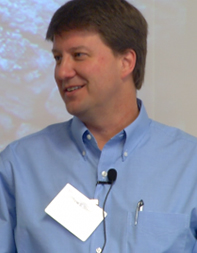 Matthew S. Stanford, Ph.D. is professor of psychology, neuroscience, and biomedical studies at Baylor University. His writings in psychology and neuroscience are inspired by the many questions he has received from people of faith and the real life struggles he has observed as friends and acquaintances have attempted to work through the difficult problems associated with mental illness. Professionally he has worked with a variety of mentally ill and brain-injured individuals, including those with aggression, personality disorders, post-traumatic stress disorder, stroke, substance dependence, schizophrenia and traumatic brain injury.

He is the author of the Focus on the Family recommended resource Grace for the Afflicted: A Clinical and Biblical Perspective on Mental Illness (2008). A Fellow of the Association for Psychological Science (APS), his research on the interplay between psychology and issues of faith has been featured in such national publications as USA Today and the New York Times, as well as many news websites including Fox, MSNBC, Yahoo, and US News & World Report.

He is the co-founder and executive director of the Mental Health Grace Alliance, a faith-based non-profit organization that provides assistance and support to individuals living with mental health difficulties and their families.